Two Massachusetts state troopers recently went above and beyond the call of duty to recover the wedding rings of a senior couple who had lost them alongside Route I-495 in Wareham — about 20 miles from the historic Plymouth Rock. 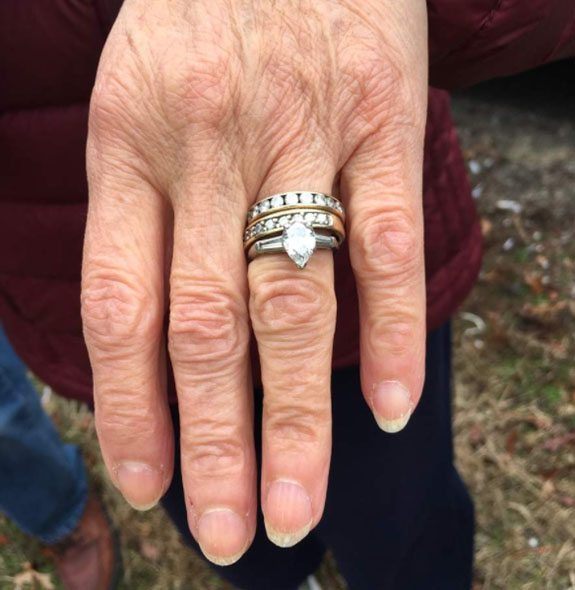 On December 8, troopers Kurt Bourdon and Jonathan O’Loughlin responded to midday calls from concerned drivers regarding two elderly individuals with metal detectors who were walking along the breakdown lane of the busy interstate highway.

The Cape Cod couple told the troopers that a day earlier they had been on a road trip when they decided to pull over to swap driving responsibilities. During the first part of the drive, the wife was the passenger and had taken off her rings, resting them on her lap. When they pulled over to the shoulder of the highway to switch positions, she forgot about the rings and they slipped off her lap and into the grass.

Many miles later, the distraught wife realized that the rings were missing.

The couple attempted to retrace their route, but neither could remember the exact location of the stop. They did remember that it took place on I-495 in the town of Wareham. Unfortunately, the town has four exits that span eight miles.

The rings were lost on December 7. The next day, they returned with metal detectors and a determination to find the keepsake jewelry, which included two diamond wedding bands and a diamond engagement ring.

“This couple was in their 70s and had been married for 46 years," Bourdon told Wareham Week. "One of the rings had belonged to her mother. [Trooper O’Loughlin] and I related to them like they were our parents.”

Instead of shutting down their potentially dangerous search, the troopers offered to help.

“We were looking at a legitimate 8-mile stretch of road to search,” said Bourdon. “But the engagement ring had belonged to her mother and was very important to her.” 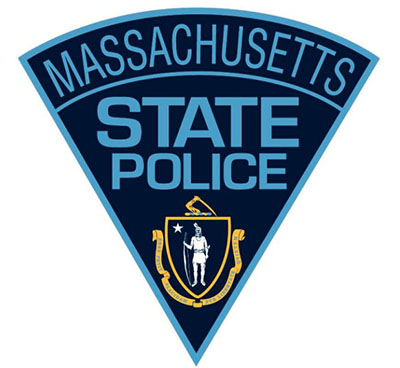 After scouring the roadside for 90 minutes, the troopers spotted something sparkly in the grass at the highway's 3-mile marker. Despite the needle-in-a-haystack odds against them, the troopers had found the rings.

The troopers handed the rings to the husband, who had been searching the same stretch of highway about 75 yards behind.

The husband was ecstatic and relieved, but instead of howling the awesome news to his wife, the sly septuagenarian decided to tell her a little white lie.

“He went up to her and said, ‘Hon, why don’t we call it a day,’” Bourdon told Wareham Week. “She started crying, thinking they were going to give up, and then he showed her the rings and instantly she went from crying tears of sadness to tears of joy.”

A few days later, the couple expressed their appreciation by delivering a large gift basket to the Bourne State Police Barracks, where Bourdon and O’Loughlin are stationed.

Bourdon told Wareham Week that he and O’Loughlin were happy to help. “They are great people,” he said.

"I was pleased and really happy that the troopers took the extra time and effort to find the ring and make everything right," Massachusetts State Police Lt. James Plath, Bourne Barracks commander, told WickedLocal.com.