Welcome to Music Friday when we bring you great songs with jewelry, gemstones or precious metals in the title or lyrics. In his signature "Stable Song," singer-songwriter Gregory Alan Isakov uses gemstone and precious-metal metaphors to describe an artist who struggles to find his muse and ultimately returns to his roots. 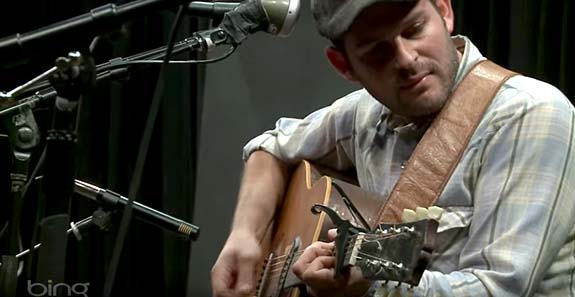 In the YouTube clip below, Isakov introduces the song by telling a live audience that "The Stable Song" is a poem "about everything." 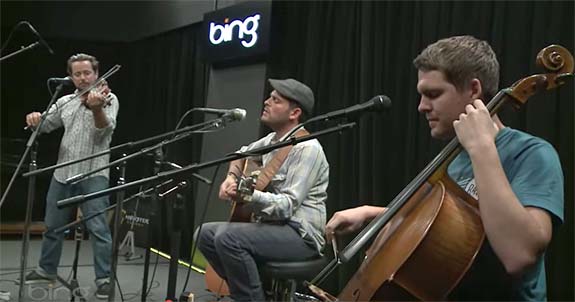 In our interpretation, the artist seems to be unable to deal with the stress that comes with success. He's under tremendous pressure to compose something perfect (diamond) and, instead, decides to return home where he can get back to basics (coal) and recapture the energy of his youth.

Written by Isakov, "The Stable Song" was the second track of his 2007 debut album, That Sea, The Gambler. The song also returned as the fourth track of the artist's 2016 collaboration with the Colorado Symphony.

Born in Johannesburg, South Africa, raised in Philadelphia and now calling Colorado home, the 37-year-old Isakov has been traveling most of his life. His songs tell the story of his time on the road and his constant yearning for a sense of place. Music critics have described him as “strong, subtle, a lyrical genius.”

Please check out the video of his 2012 live performance at The Bing Lounge in Portland, Ore. The lyrics are below if you'd like to sing along...

"The Stable Song"
Written and performed by Gregory Alan Isakov.

Remember when our songs were just like prayer
Like gospel hymns that you called in the air
Come down, come down sweet reverence
Unto my simple house and ring... and ring

Ring like silver, ring like gold
Ring out those ghosts on the Ohio
Ring like clear day wedding bells
Were we the belly of the beast, or the sword that fell?
We'll never tell

Come to me, clear and cold
On some sea
Watch the world spinning waves
Like that machine

Now I've been crazy, couldn't you tell?
I threw stones at the stars, but the whole sky fell
Now I'm covered up in straw, belly up on the table
Well I drank and sang, and I passed in the stable

That tall grass grows high and brown
Well I dragged you straight in the muddy ground
And you sent me back to where I roam
Well I cursed and I cried, but now I know
Now I know

And I ran back to that hollow again
The moon was just a sliver back then
And I ached for my heart like some tin man
When it came, oh it beat and it boiled and it rang
Oh, it's ringing