Half-Ton Stone Embedded With 170,000 Carats of Emeralds Steals the Show in Abu Dhabi 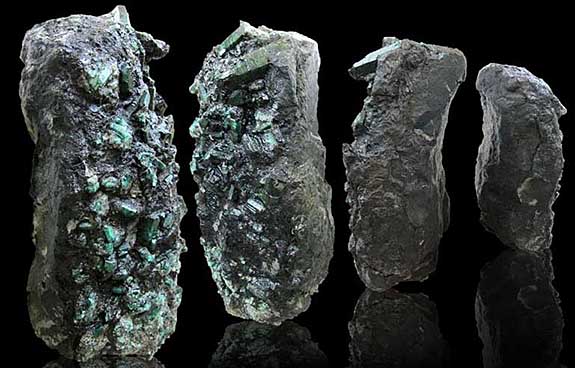 The priceless stone, which is 45 inches tall and 29 inches wide, is embedded with 130 emerald crystals weighing about 170,000 carats.

During the opening of the international exhibition, Show Director Nehmat Fadel told the Khaleej Times that the surprise of the show was the emerald-embedded stone.

"It was discovered 10 years ago in Brazil, and it's being displayed in the region for the first time," he said.

In fact, this was the first time the mammoth stone had been seen outside of Brazil. 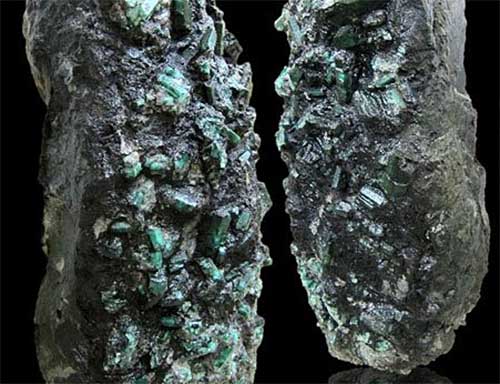 The hexagonal emerald crystals exhibit a wide range of colors — from translucent and opaque variegated green to dark green. The largest of the crystals range from one-half inch to 9 inches in size.

The emerald crystals are embedded in a metamorphic rock called mica schist. The host rock is made up of quartz and mica.

"You got an entire mine full of emerald crystals embedded in just one piece and it's beautiful. It stands upright, is presentable and unique," noted John Martin, who represents the emerald attraction.

Martin was hard-pressed to estimate how much the emeralds could be worth, stating that the only way to properly value the precious gems would be to extract the crystals from the host and study them individually.

The spokesman said the crystal-embedded stone is symbolic of the show's host city, specifically alluding to Greek philosopher Aristotle's observation that often “the whole is greater than the sum of its parts.”

"Abu Dhabi is a special place to unveil the stone, as it is symbolic of the emirates," Martin said. "In 1971, when all the emirates came together, it impressed the world with its unity. Similarly, each crystal will have a value, but together it's much more powerful and beautiful. So, this is a stone that makes a statement for the emirates."